Global Terahertz Components and Systems Market is estimated to reach $433.6 Million by 2024 with CAGR of 26.8% between 2016 and 2024. Research and development into terahertz technology have been receiving high attention around the world, and devices are exploiting the waveband into a diverse range of applications. Terahertz waves which are also called as undeveloped electromagnetic waves, fall between radio waves and light in the frequency spectrum and have the ability to pass through cloths, paper, cardboard, masonry, plastics, wood and ceramics. The sources for terahertz includes thermal (lamp bodies), electrical (gunn diodes, backward wave oscillators), optical or laser based among others. They are highly used in remote sensing, astronomy, medical testing, drug detection, and communications among others. Growing application of terahertz technology across various sectors coupled with increased use of this technology in laboratories fuels the demand for terahertz components and systems market. Moreover, expanding utilization of terahertz in medical imaging and non-destructive testing also boosts the growth of the market. However, limitation in penetration depth into materials and disability to focus on spot sizes below 100 micrometer hinders the growth of the market. Furthermore, increasing applications in various sectors and technologies with inexpensive small radiation devices and detectors provide growth opportunity for the market in the upcoming years. 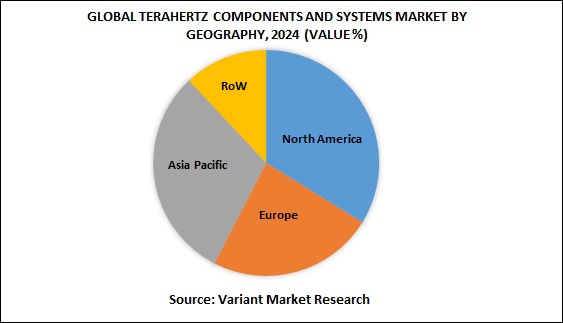